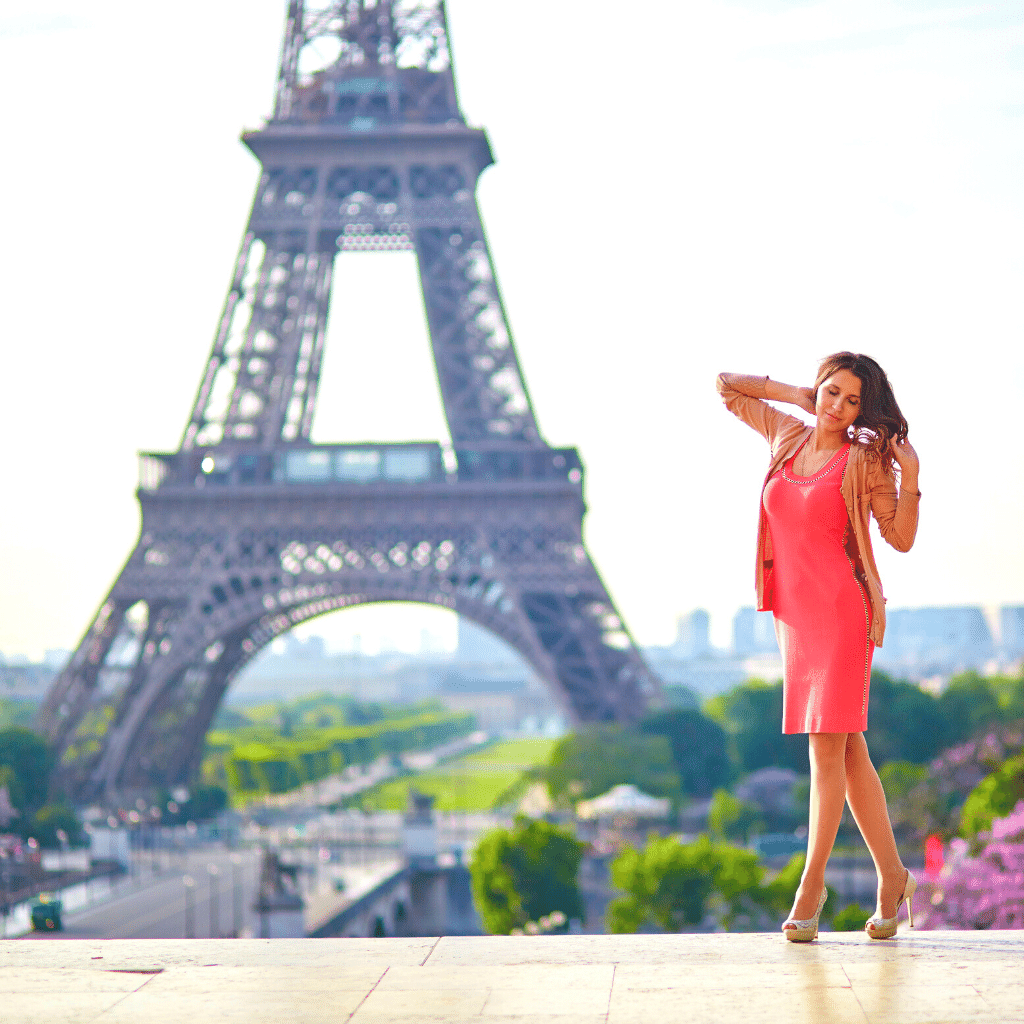 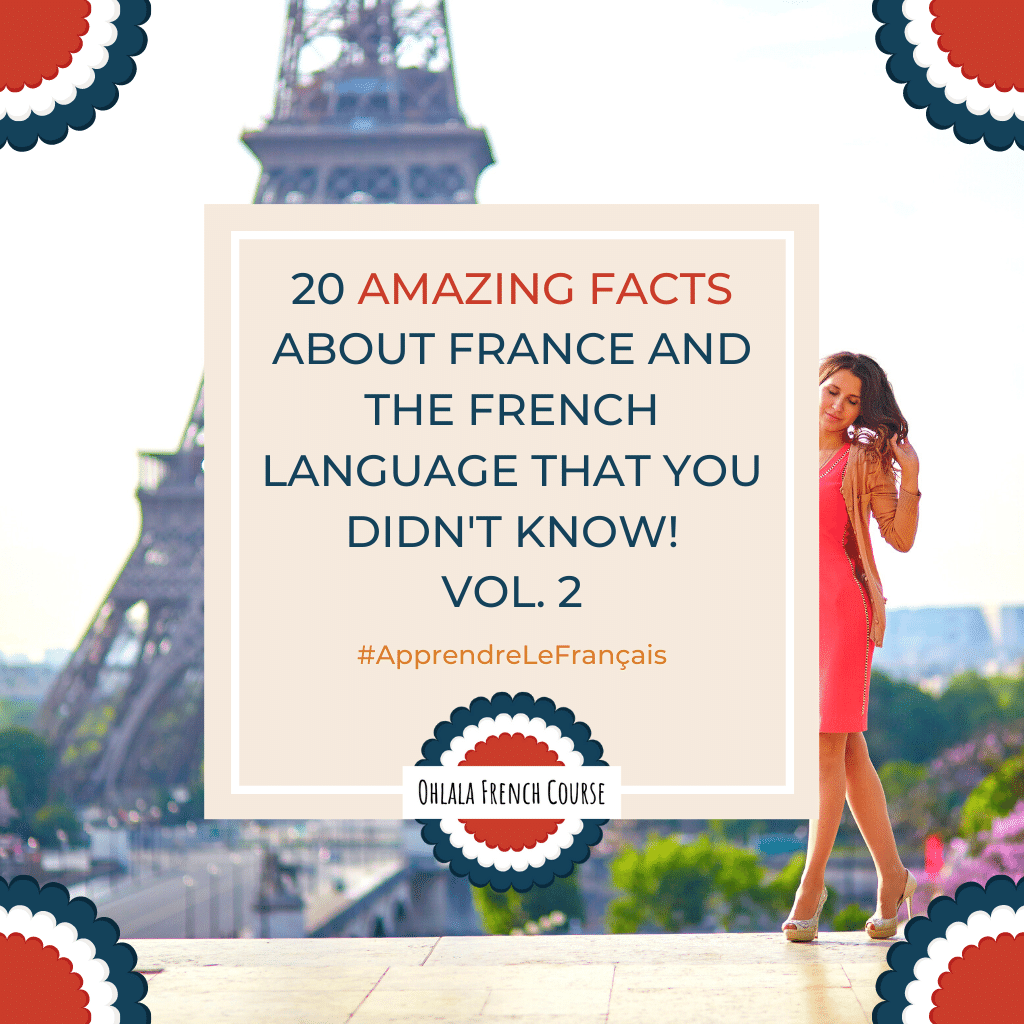 They say a dog's (chien) home is a kennel (niche).

But did you know that the anagram for "chien" is "niche." 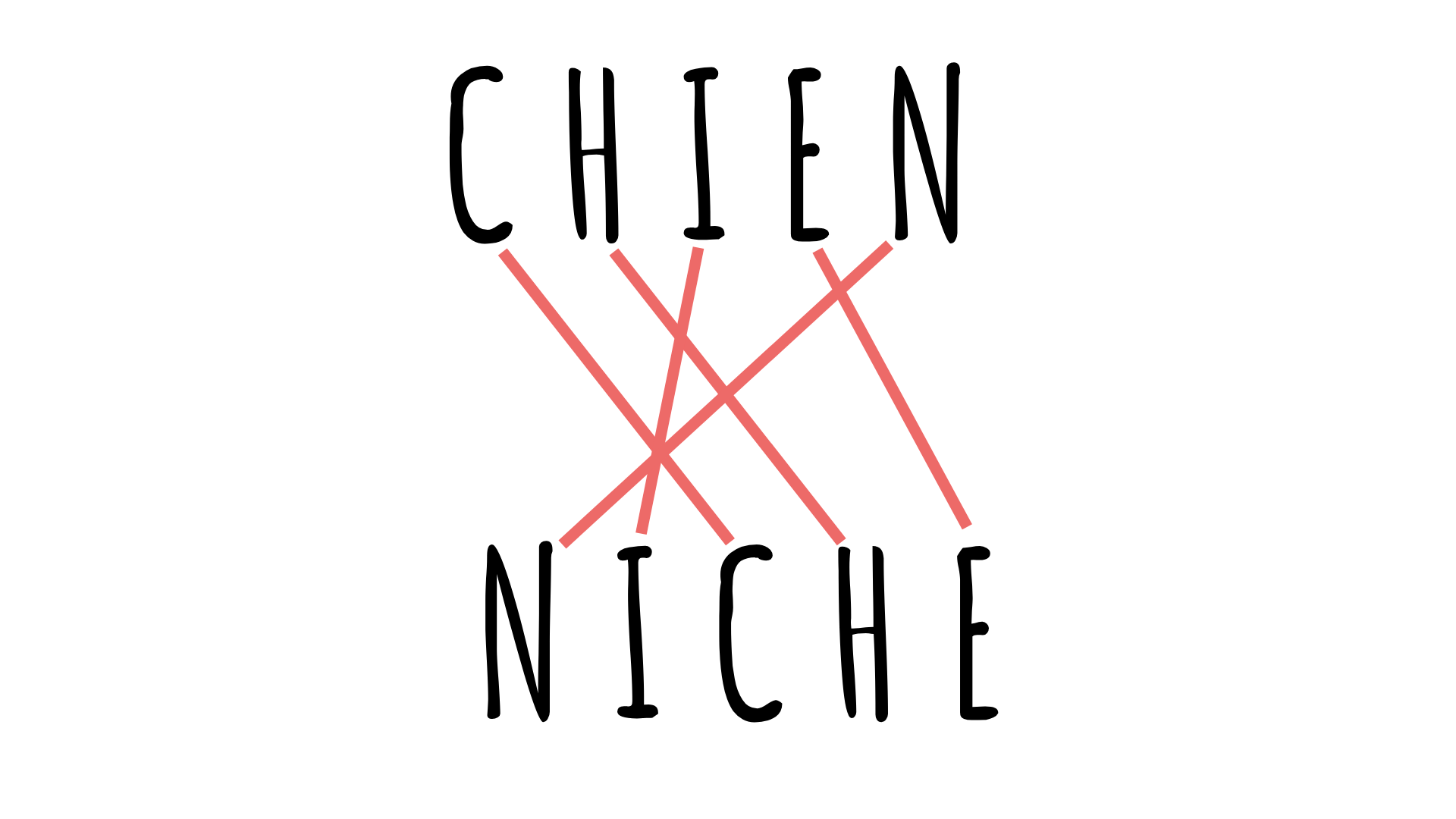 However, not very sure of himself, he renounced the throne after 20 minutes to give it to his nephew Henri d'Artois.

Some people may or may not already know it, but in Belgium, to say  «soixante-dix» they say «septante» and to say «quatre-vingt-dix»  they say «nonante».

It won't do you much good to know, but there's only one stop sign in all of Paris.

This sign, if you want to see it, is in the 16th arrondissement.

#5 - There are about 400 words of Arabic origin in the French language :

In fact, there are about 400 words of Arabic origin in the French language, such as 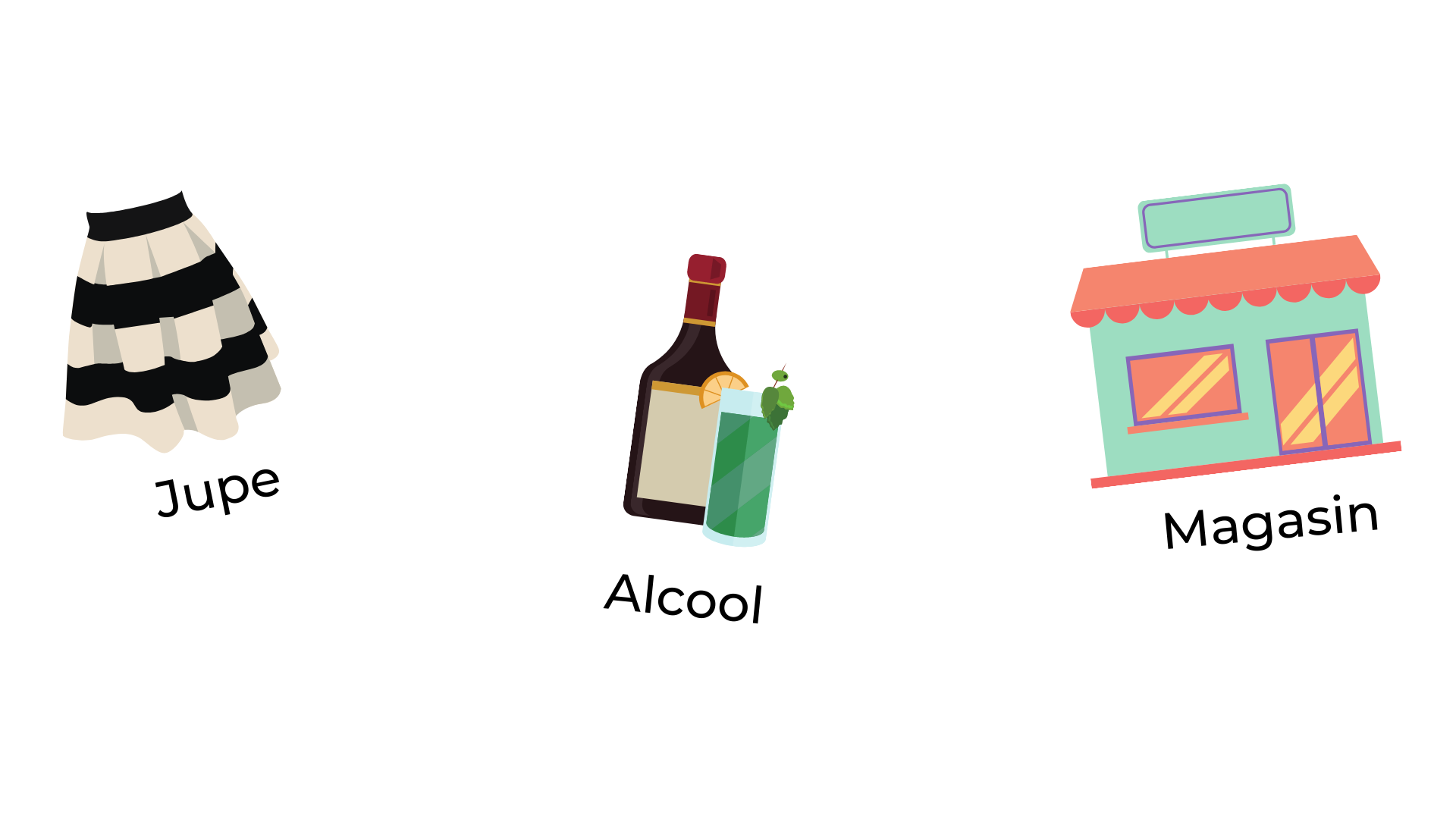 #6 -  In France, it is forbidden by law to call your pig Napoleon :

You still want some wacky French law? In France, it's against the law to call your pig Napoleon.

#7 -  The words "crockery" and "cutlery" mean the same thing, however they are not used in the same way.

The French language is full of surprises, and that's why we love it so much!

The words "crockery" and "cutlery" mean the same thing, however they are not used in the same way depending on the context.

A guillotine is a French invention that was used to decapitate those condemned to the death penalty.

Indeed, the death penalty was abolished in France only in 1981.

And the last person to be guillotined in France was in 1977.

After that, no one was ever guillotined again. 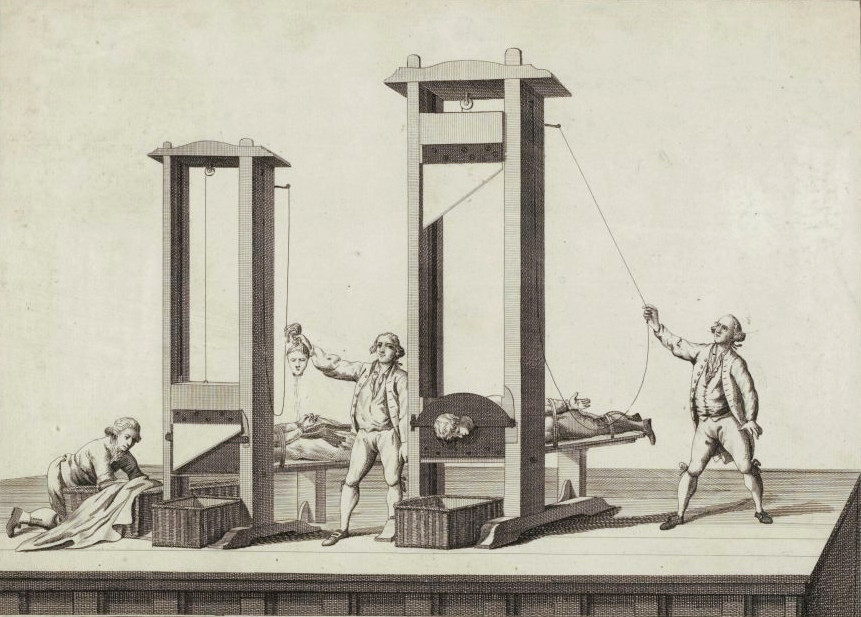 #9 - French has been the official language of England for 300 years.

Did you know that French was the official language of England for 300 years from 1006 ?

It is even estimated that about half of all English words come from French.

For example, the word "to flirt" comes from the expression “compter fleurette”.

The word “mail” which we then turned into "courriel" comes from the French word “malle-poste".

The grammatical rule concerning the place of adjectives is not at all obvious in French.

Some adjectives do not have the same meaning in function if they are placed before or after the noun.

For example, a "poor man" refers to someone who is pitied or unhappy.

On the other hand, a "poor man" refers to a man without money or property.

The opposite of vieux is neuf / nouveau.

Did you know that the oldest bridge in Paris is called the Pont Neuf. 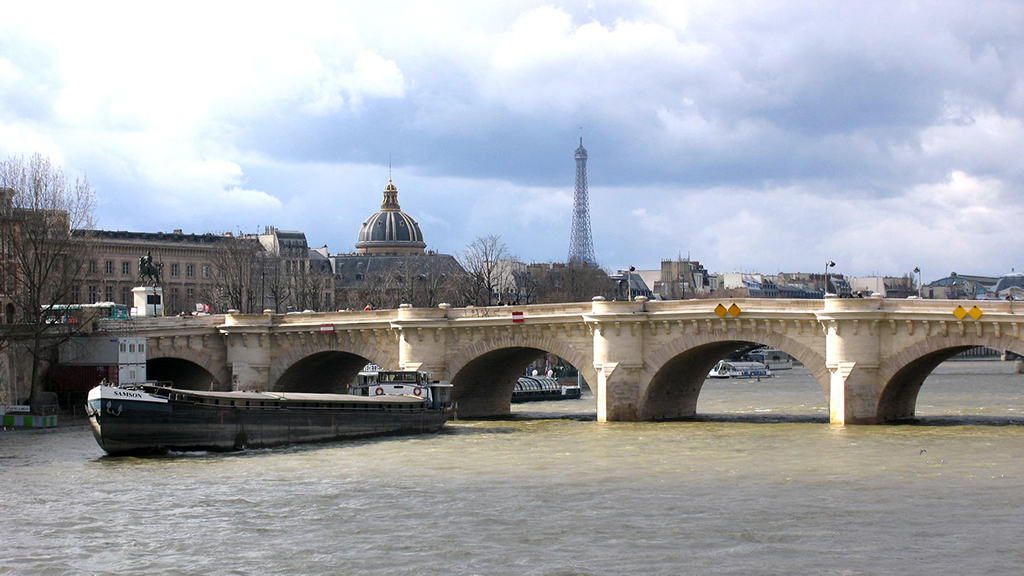 #12 - The croissant is not of French origin, but Austrian.

What I am about to tell you now will come as a great shock, but the croissant is not of French origin, but Austrian.

It was Marie-Antoinette of Austria who popularized the croissant in France.

#13 - In Quebec, the word "gosse" does not refer to children, but to testicles.

The word "gosse" is a familiar term in France that refers to a child.

But be careful, if you go to Quebec, this word means something completely different, the word "gosse" in Quebec means a testicle.

#14 - The Canal du Midi is the oldest canal still in use in Europe.

The Canal du Midi, which runs from Toulouse to the Mediterranean Sea, is the oldest canal still in use in Europe 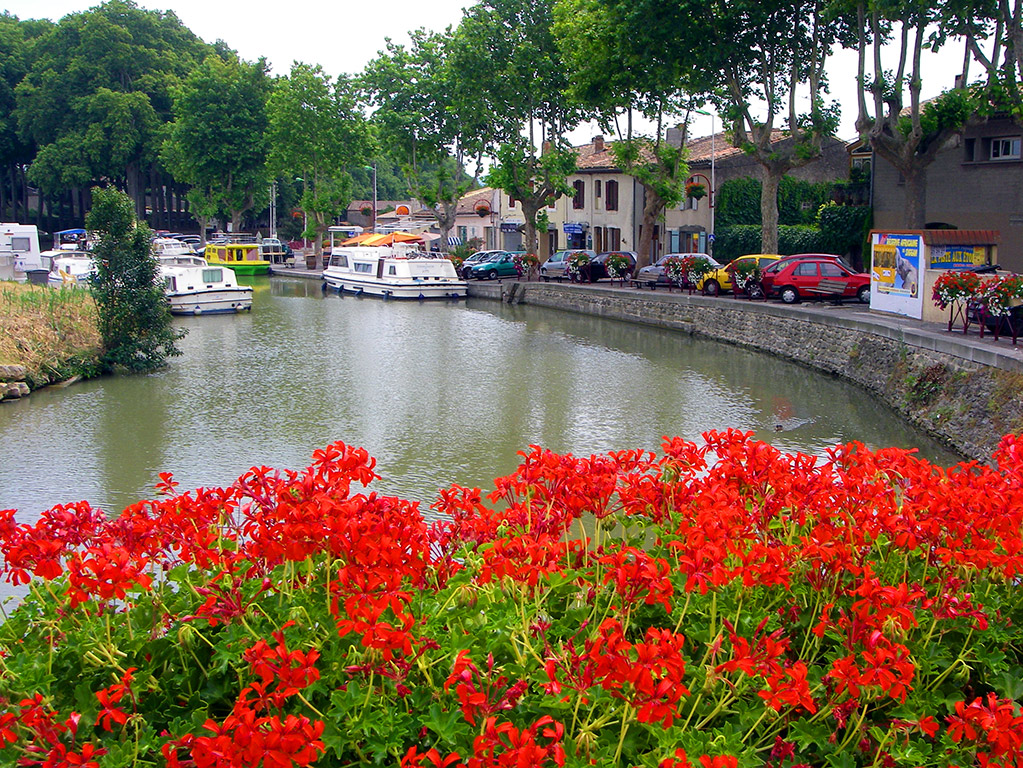 The following fact is not going to please feminists, but the common name that is most used in French is «homme».

#16 - The French are the world's biggest consumers of antidepressants.

Do you think life is good in France and there's no reason to stress at the foot of the Eiffel Tower?

And yet the French are the world's biggest consumers of antidepressants.

#17 - In the French language, we can find common names which are in fact, brand names:

Marketing can be very powerful and influence people, but not that, it can also influence language.

Indeed, in the French language, we can find common names that are in fact, brand names, such as “sopalin” ; “post it”  «bateau-mouche», «thermos» or «Kleenex». 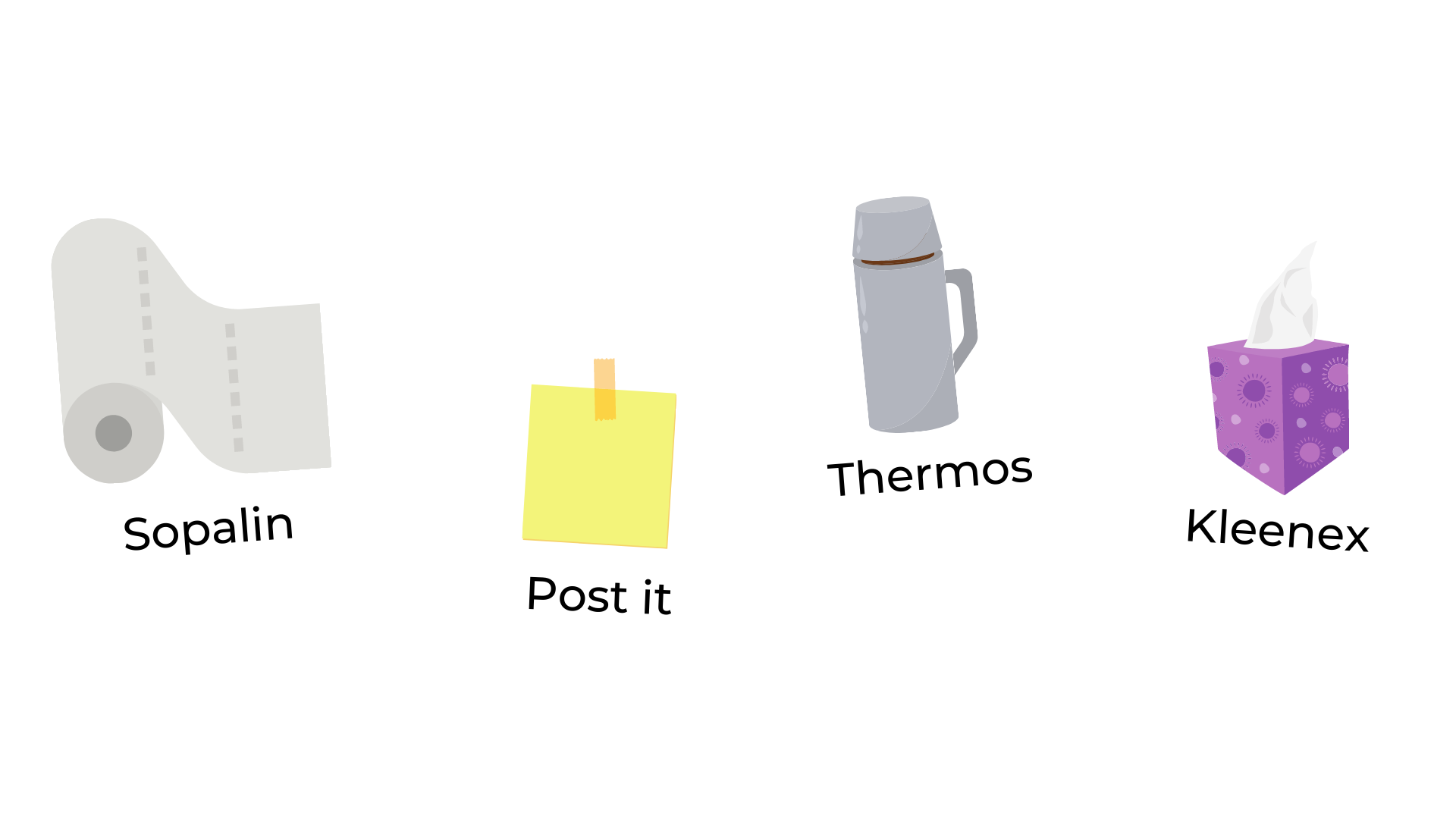 As I have already told you in this first volume, France is the largest country in the European Union, and yet despite the vastness of the hexagon, 20% of French people live in the Paris region

It's estimated today that there are 274 million Francophones in the world.

#20 - Until 1964, French women were not allowed to open a bank account or obtain a passport without their husband's permission.

Many remains to be done to achieve perfect equality between men and women in France, but we have already come a long way.

Until 1964, French women were not allowed to open a bank account or obtain a passport without their husband's permission.

So, what did you think of these 20 amazing new facts about France and the French language?

I'll see you soon for new adventures in French, of course! 🇫🇷

Tags
#CultureFrancophone
#HistoireDeFrance
#FactsAboutFrance
Other articles
6 belgicisms to know before moving to Belgium "Entendre" or "Écouter" ? Never mix them up again ! When to use the pronouns Y and EN in French ?
Other articles 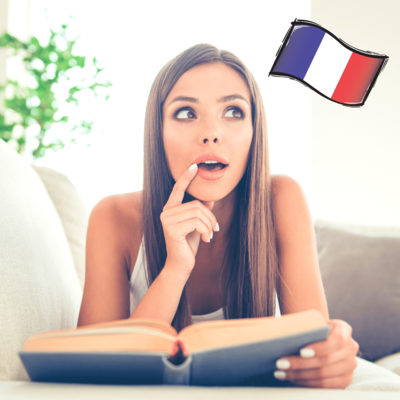 20 amazing facts about France and the French language that you didn't know!
French culture 26 June 2020 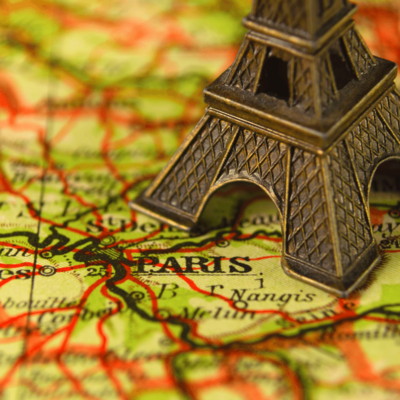 The origin of the French language 🇫🇷
French culture 19 June 2020 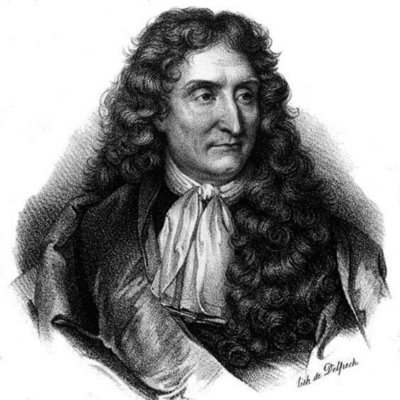 An email has been sent to you, check your mailbox.
Comments
No comments, do not hesitate to be the first
New comment
Contact me
info@ohlalafrenchcourse.com
Quick links
home shop courses blog Level test about contact
Stay in touch !
Follow me on my social networks and let’s keep in touch.

An email has been sent to you, check your mailbox.
INSCRIPTIONS OUVERTES
Jour(s)
Heure(s)
Minute(s)
Seconde(s)
COURS EN GROUPE